“netfabb Studio was a software tailored for additive fabrication, rapid prototyping and 3D printing. It includes the ability of viewing, editing, repairing and analyzing stl-files or slice-based files in various formats.”. The version called Netfabb Studio Basic (from 2010 to 2016) was free and ran under Windows / Linux and MC. For Linux, you should have OpenGL support.

Netfabb Studio is an STL editor, a must have tool for 3D printing, e.g with the RapMan, the fabbster or the Felix. There are other alternatives. Most slicer and control software can do some repairs. Meshmixer (from Autodesk who now also owns Netfabb) is a good alternative. Meshlab allows difficult mesh repairs, but is difficult to use. 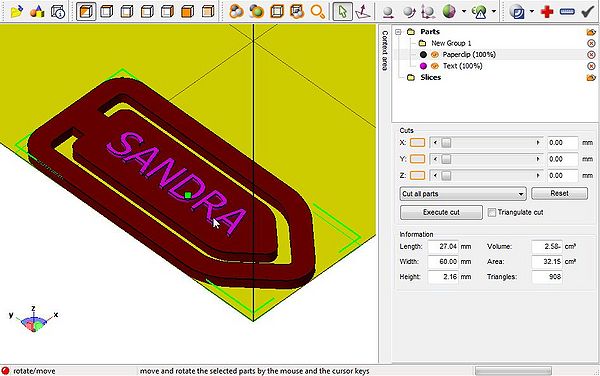 In any 3D drawing programs you can change your view of an object. This can be achieved mainly through mouse gestures

In addition, you can set predefined Views of the scene either through icons on the tool bar or the View Menu. This is a very useful feature, if you want to quickly check whether the x-y-z positions are ok.

In order to "see" where the print will go in x-y-z space, I also suggest turning on the "platform view" with Menu: View->Show Platform. This does not represent the print platform, the x=0,y=0 corner of the by default "yellow" platform is on the lower left. In a RapMan printer the x=0, y=0 is in the middle of the print bed. In other words, we suggest putting your object near the lower left corner, or put more simple. The center of your object should be fairly close to x=0,y=0. Obviously the bottom (and not the center) of your object must be z=0.

Parts are manipulated either through icons on the tool bar, the Parts menu or shortcuts

Positioning is really easy because one can quickly choose a view from one of seven views (e.g. top, bottom, left, right, front, back) and then either move the object or drag a corner of the (green) bounding box rectangle.

For precision work, e.g. align to z=0 one can use pop-ups in the Part menu or some shortcuts:

2.3.1 Getting and aligning the parts

Get a ready made duplo without caps 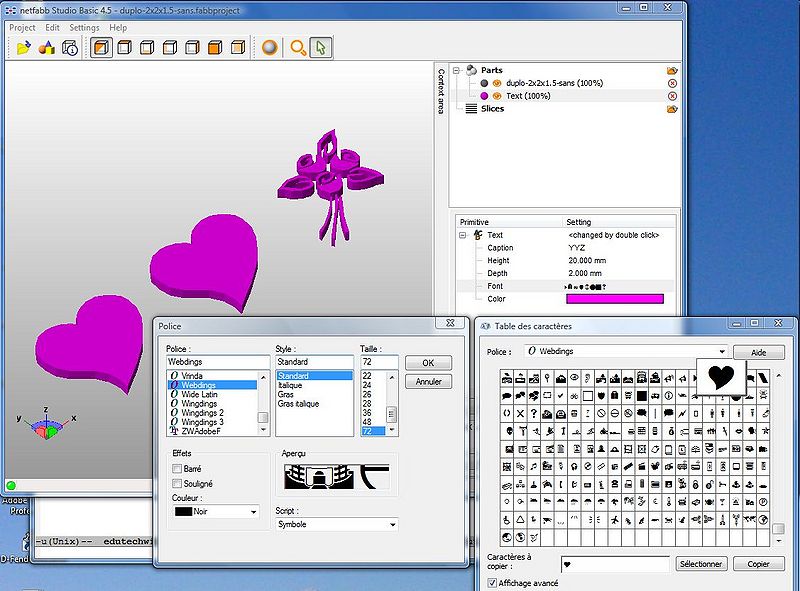 Use each of the seven views to align and make sure that the symbol will be on top. 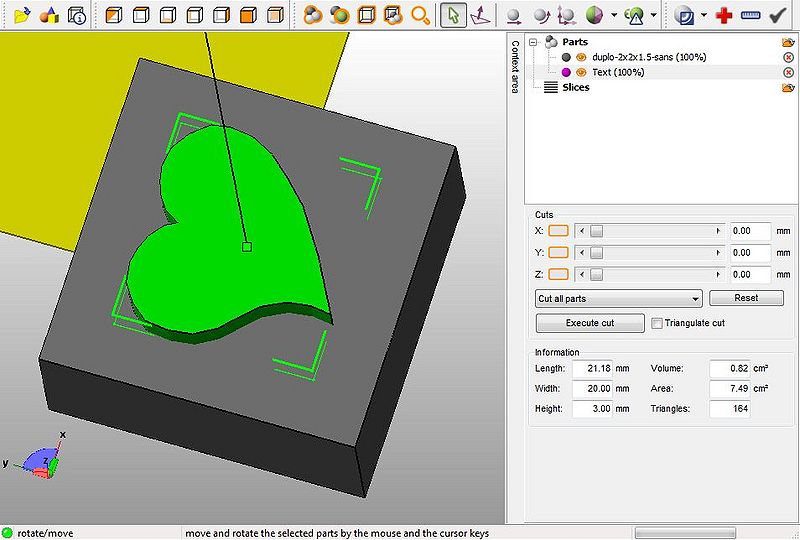 Export the two parts for merging

Import both exported parts to Meshlab (download) and merge layers. Meshlab is a really difficult program, but merging two layers is very easy (see the Meshlab for RapMan tutorial for some more details if you like).

Don't try to understand anything and just leave the suggested default boxes checked.

Clean up the .STL

This step may not be necessary, but it is better to make sure that mesh merge went ok.

2.3.3 Printing with the RapMan 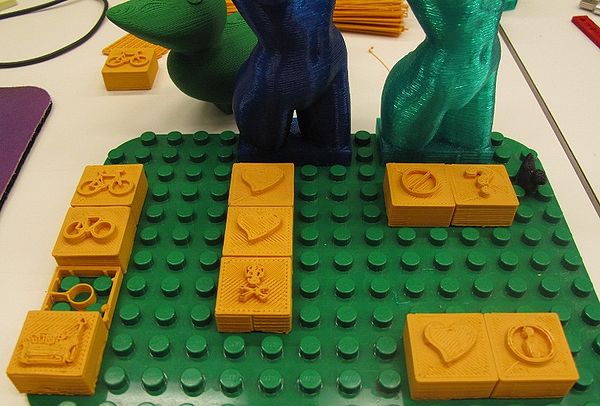 Various attempts to get the yellow bricks right, sometimes in Spring 2010.

The ones that have ugly walls were printed with a too high layer thickness and too little flow rate .... Warning: This setting squeezes down layers, so stay next to your printer. It may get stuck on something that would stick out.

We suggest to use our "Uma" style (or if you have sticks, any detailed official build style) 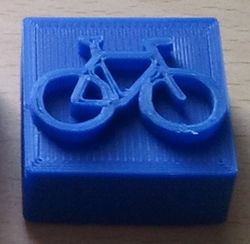 Default style should be ok, but you can make the layers a bit fatter. The picture below shows our very first print ever with the Felix. That means that results could be improved. Our first RapMam print looked more like a bird's nest and it was supposed to be a little cup. 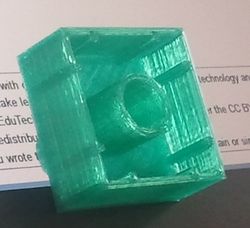 Cleaning of .STL files is an absolute must and this software usually does a great job. Click on the red "plus" sign, use default repairs, then commit and remove the old part.

In the free version, you only can export a single object (part) as .STL. Use the free Meshlab to merge several objects (see the example above) or buy the Netfabb Pro version :)

If you are a programmer, using OpenScad to position and to merge .STL objects (or other formats) is an option you should consider.