The Fabbster is a low cost 3D printer kit that can be assembled by people with some do-it-yourself skills.

The fabbster is a kind of modified Mendel design that targets the home market. 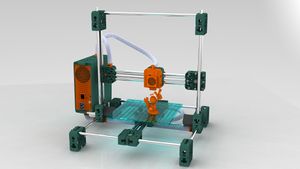 Picture taken from the fabster forum

Unlike the RapMan, the fabbster is based on very few different kinds of parts:

In my opinion, it can be anything between three and thirty hours (or more if you make a lot of mistakes). It took me about 22 hours (including initial testing, wiki writing etc.). Pure assembling therefore took less. But I do count problem-solving and basic testing as "build time".

Quality of the draft manual:

The draft manual is well done, but should be improved a bit as most pilot participants pointed out, e.g.

Quality of parts of the pilot model

If I had to assemble a second one, I'd certainly do it in 4 hours but then I wouldn't. Once every two years is enough (see RapMan).

I didn't play for a long time with this printer yet. With respect to the RapMan it is easier to assemble (however some parts didn't fit too well and needed filing or hammering, and that is being fixed by fabbster). The geometry and the belts are much easier to calibrate and it can print faster.

So far, I didn't manage to create any high quality prints, since the extruder of this printer is designed to work with sticks that will arrive later. 3mm plastic rolls work fine if you keep to medium width. Very low RPM does not work for me. Below a picture of some of the first prints. Too much material on the roofs, and a bit too much in the walls (you can see squeeze on the lady) but that can and will be fixed - Daniel K. Schneider 12:45, 12 May 2012 (CEST) 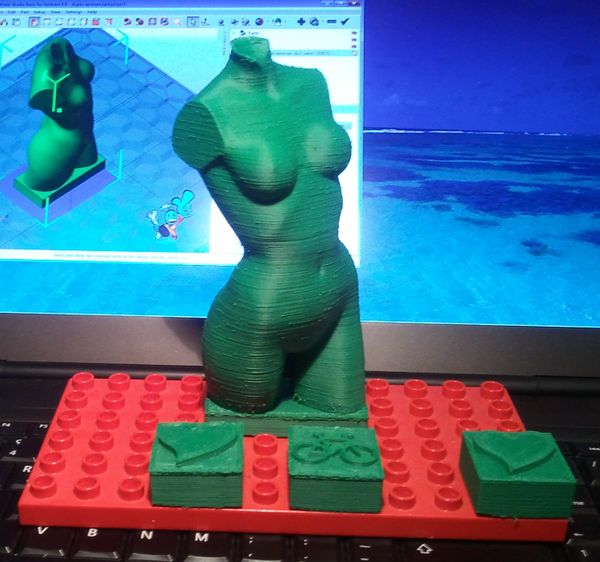 First 3-6 prints with the fabbster prototype

Also, I didn't manage to print with (old transparent and brittle) PLA so far ...

Fabbster never managed to deliver what they promised:

Finally, they stopped the project. After trying hard to make this printer work I got my Felix 1.0 3D printer which did its job better (and as of 2020 it actually still works, although I don't use it anymore). Some years later I gave the fabbster to a student, telling her that trying to make it work is a learning experience but that she should not take it as a punishment. The only really positive experience was the Netfabb slicer that we got, probably because the company behind the project (Sintemask) built commercial 3D printers and had good relations with Netfabb. Back then, a really advanced (but proprietary) software, e.g. one could define "styles" for given regions.