“Embroidery has been a part of our social fabric for hundreds of years. It has been a medium for historical commentary; for homage to ceremonial and religious occasion; for expression of creativity; for utilitarian purposes; or simply for leisure activity and social contact.” (Hordern, 2006:Abstract). We believe that computer-controlled embroidery may have a more prominent place in education and for many different reasons.

This page just collects a few ideas that we explored in more depth in our STIC IV class 2017. - Daniel K. Schneider June/October 2011, April 2018 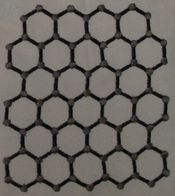 I believe in evolution

Wenger defines identity as what we know, what is foreign and what we choose to know, as well as how we know it. Our identities determine with whom we will interact in a knowledge sharing activity, and our willingness and capacity to engage in boundary interactions (Wenger 2000, p.239). Billet (2006:66) adopts the stance that “the individual can be seen as being socially shaped ontogenetically, albeit in ways rendered unique by their personal histories of self-construction. This may help in elaborating and understanding how the individual and social agency interact (relationally) with consequences for ontogenetic development, and the generational transformation of societies and communities”.

For both authors, one representing community of practice learning and the other workplace learning, the individual is socially shaped but though individual self-construction that in turn may have an impact on the environment. “In sum,relations between the individual and the social world might best be understood as those between ontogeny and history are understood, as operating in parallel and through negotiation, where the immediate and premediate coalesce and shape the postmediate experience. It is these relations that are continually engaged in remaking and reproducing cultural and social practice, as in vocational practice and learning.” (Billet, 2006:66)

In the context of regular schools, younger students could create embroidery in (mostly) extra-curricular classes that address societal issues, like peace, environment, energy, migration etc. Creating wearable embroidery would engage learners in exposing their views in public and not just the classroom and maybe engage them in "deeper" thinking.

In a workplace context, co-workers create identity-building designs. Of course, this is already being done in some companies as top-down process. E.g. through company T-shirts, cups, pencils, etc. 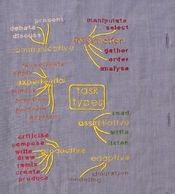 3 Embroidery for communication and matchmaking

Academics and others could create embroidery for wearing at events like conferences and that could express a strong viewpoint, part of a theory or research.

Various matching technology and concepts does exit e.g. systems exist for business speed dating or as part of CSCL scripts in education.

Location-based matchmaking can be implemented with various specialized devices (i.e. some kind of bracelet), through cell phones or any other wireless device. Research and development in this is area is conducted under the label of location-based (or context-aware) mobile applications. The principle is the same: It should raise the awareness of the presence of others that share similar interests within a reduced spatial area, e.g. a conference building.

A first attempt was made, i.e. believe that I probably was one of the first trying to embroid a power point slide.

Showing statements on cloths is of course an old tradition and it is mostly done through printing on T-shirts. Also, probably not many people do create their own personal statements, although it easily can done through specialized shops or letters that can be ironed. Another cheap and more versatile solution is to use a cutting plotter some school workshops do have

Displaying logos is a similar idea. Why not having a pretty MediaWiki on a shirt pocket instead of a lame polo player or crocodile ? That is also something that has quite a tradition, mostly in comportate world, where T-shirts and other items are created in order to promote a new product line.

20% of today's jobs are IT-intensive, meaning that people use complex software. Most kids don't know how to use professional software on a computer. Most specialize in digitalized bronze age social practices (chatting and trading artifacts). Computerized embroidery could be an interesting entry point for learning how to deal with complex software, analyzing a problem, etc. and at the end there are tangible results that could be further used as we already argued. For example, learners could express their own ideas through embroidery instead of getting hooked to expensive brands.

Modern embroidery design often starts from "ordinary" vector graphics and before actual stitches are generated, so-called embroidery objects are also represented as vector graphic objects. We found that most of our students entering our master's program in educational technology are not familiar with technical drawing, i.e. people feel lost in more complex programs such as Flash Professional or InkScape. Not being able to create or at least to manipulate technical drawings is a handicap that will make learning any multimedia, gaming designn or CAD/CAM program much more difficult. We feel that embroidery is nice way to start learning vector graphics since learners will produce tangible and (hopefully) movitating artifacts. 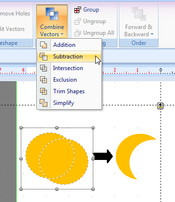 Moreover, embroidery could awaken interest for IT in people who otherwise just stick to Word and Facebook. Vector graphics is difficult and may meet resistance. A study from Horgen and Lynch (2006) about using a VLE for teaching embroidery found that “The participants also expressed fear of engagement with technology. Considering the age of the participants, this was as expected. What was unexpected was the enthusiasm with which they confronted their fear and stepped out of their comfort zone, to enhance their lifelong learning skills, albeit in an embroidery context in this VLE, but their acquired skills could be applied to their general computer literacy. Similarly, the participants vetted their frustration with the technology, but instead of giving up, they forged on and faced their techo-frustration. Again, the outcome of this determination was to confront their frustration, resulting in an improvement to their lifelong learning potential and computer literacy. It was interesting how the participants personified the computer as a 'monster' or 'thing'. However, they faced the monster and tamed it!”

5 Embroidery as introduction to design

Having students create designs will train them in design and in using design software. Design is important for our societies and should be taught more. In particular, we believe that those countries (e.g. France or the UK) who have been pushing most of the kids toward higher education ought to introduce CAD/CAM in the school curricula since they crank out too many folks with fairly difficult to sell university degrees. At the same time they face deindustrialization and delocalization and really should do something to save at least "design" from disappearing. Acutally, in the UK, Embroidery and Cad/Cam is now a part of the curriculum since 2000. According to CAD/CAM in Schools (PDF, retrived July 17,2011), “There are primarily six main types of CNC systems in use in schools: knife cutting systems, milling/routing systems, laser cutters, 3D printers, computerised embroidery systems and Image Transfer systems.”

According to the CAD/CAM in Schools report in which 23 UK schools were surveyed, the most interesting results were:

An other but connected reason for teaching design is that micro-fabrication based on sharable open-source and commercial designs will gain importance in the future and we should be ready for that. For those who doubt. Most people were laughing at PC's 30 years ago. Micro-fabrication (embroidery, 3D printing, laser cutting, milling, etc.) is of course an older tradition and did exist in "hobbying" circles. However, there are three fundamental changes: (1) It now can be done through computer aided design and numerical control (computer assisted manufacturing). (2) Thanks to Internet, designs now can be shared and people can create quite complex things either by reusing designs as is or by adapting. You may have a look for example at Thingiverse. This website includes practically no embroidery yet, but I will put some of my (cleaned up) designs there at some point. (3) Fabrication systems have become much cheaper, e.g. an embroidery machine or a 3D printer can be bought for less than 2000 CHF/$

We reproduce a quoted section from our Fab lab overview: “Two future forces, one mostly social, one mostly technological, are intersecting to transform how goods, services, and experiences—the “stuff” of our world—will be designed, manufactured, and distributed over the next decade. An emerging do-it-yourself culture of “makers” is boldly voiding warranties to tweak, hack, and customize the products they buy. And what they can’t purchase, they build from scratch. Meanwhile, flexible manufacturing technologies on the horizon will change fabrication from massive and centralized to lightweight and ad hoc. These trends sit atop a platform of grassroots economics—new market structures developing online that embody a shift from stores and sales to communities and connections.” (Future of Making Map, retrieved 23 June 2009)

Being able to share designs overt the Internet through either close-circuit VLEs or open source repositories such as Thingiverse, may constitue an additional motivating factor. Hordern and Lynch (2006) in their study made the following findings: “Embroidery is a rich and versatile art through which practitioners can express their creativity by coming together in social groups and sharing their embroidery skills. From the data collected and analyzed in this case study, the threads of the embroiderer and the threads of the Internet's web, have connected e-stitchers in an e-sewing circle, with the potential to remove geographic, spatial and temporal barriers to avail embroidery to the global village. The Connectivity of Threads VLE has made evident a juxtaposition of the traditional art of embroidery with the modern technology of the Internet, supporting an opportunity for learning and sharing embroidery and computer skills, and contributing to life-long learning, in general.”

There are several ways to program embroidery. Expert programmers can directly create embroidery machine code, software developers can produce SVG graphics that then can be rendered with the InkStitch software. For novices, there are "blocks-based" programmable embroidery platforms such as Turtlestitch, created by Andrea Mayr-Stalder (Artist, Educator, Project Lead) and Michael Aschauer (Artist, Lead Developer), or Pocket Code, created by the Catrobat project.

According to Turtlestitch - Coded Embroidery (Retrieved Aug 2018), “Turtlestitch is based on a browser-based educational programming language (Snap!) to generate patterns for embroidery machines. It is easy to use, requiring no prior knowledge in programming, yet powerful in creating novel patterns for embroidery. It is useful for designers to experiment with generative aesthetics and precision embroidery as well as tool for innovative workshops combining an introduction to programming with haptic output.”

7 Embroidery as motivator and post-production

Subject-specific designs could be motivators in project-oriented classes (nature, science, political). I.e. the idea is to have students create designs that represent knowledge in various forms.

Currently, in such mostly extra-curricilar activities, learners will produce posters, sometimes pictures or clips, rarely exhibitions. I.e. artifacts that very likely will go away and that will not remain in the possession of the createor. Embroidery can create souvenirs of an activity that may last.