“The power of construction kits stems from the fact that they provide simple modules, the construction kit pieces, which can be combined in a multitude of ways. Well-chosen modules conceal some of the complexities of “real-life” engineering and design, but are basic enough to provide users with the freedom to build a wide range of constructions.” (Buechley, 2006).

In education and in technical terms we probably can distinguish between three sorts.

We also could distinguish between kits made for engineering allowing to create functional artificats (e.g. various mechanical, chemical, circuit building, biological, etc.) and kits that lead to purely educational artifacts (such as educational robotics, microworlds, etc.). Of course, there is an overlap, and some systems fit in both categories.

In addition, one could mention some toolkits that could be used by teachers to create learning scenarios and/or toolkits.

In 1992, D. N. Perkins from the Harvard Graduate School of Education - in the often cited "Technology Meets Constructivism: Do They Make a Marriage?" text - distinguished five types of learning environments: Information banks, symbol pads, construction kits, phenomenaria and task managers. As opposed to symbol pads (that allow forms of writing), “construction kits include a fund of prefabricated parts and processes with emphasis falling on molar things and actions. Symbol pads - such as the classic blank sheet of paper - leave it more to the user to put down whatever structures are wanted.” 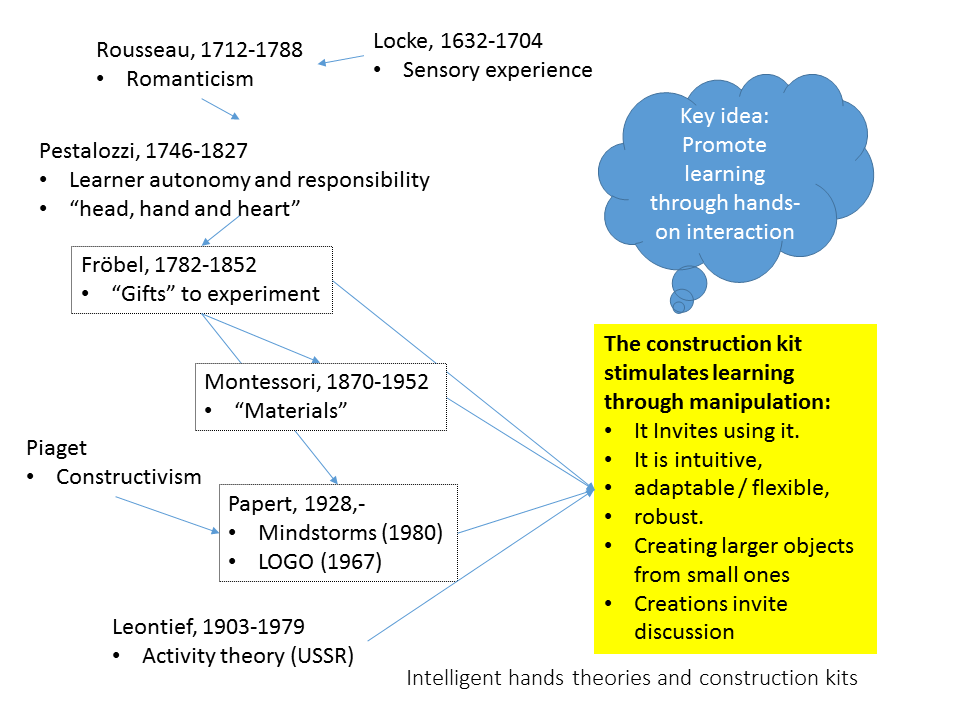 Zuckerman distinguishes kits according to the educational philosophy that is behind, as introduced in the Constructionist learning object article.