Mocolade (Model for Collaborative Learning Activity Design) is a script design tool and IMS Learning Design editor, an authoring tool for designing and modeling educational scripts. It is implemented as Freestyler extension and can export to IMS LD. It also has been integrated with the CeLS learning activity platform.

See also: SCY-SE, an other Freestyler extension to design learning scenarios (but that can't be exported to an executable format), Collage (a spanish CSCL tool that compiles into IMS Learning Design, Compendium LD, a similar concept-map based British tool (but that as of June 2009, it doesn't not interface with a system or export to a modelling language).

The graphical notation MoCoLADe has been designed for the formal modeling of collaboration scripts based on the conceptual framework of Kobbe et al (2008). The notation provides means to model group formation, assignment of roles and documents to groups or individuals and the definition of temporal dependencies between activities. The dynamic features of the script can be simulated interactively, so that a teacher can check if the script works with her/his class given a specific setup of students, documents etc. The first prototype of the graphical editing tool was tested with several CSCL scripts from the literature to show the soundness of our modeling approach (Harrer, Kobbe & Malzahn, 2007). To allow the execution in existing e-learning platforms, the output of simulation runs and models in the IMS/LD format is possible; a mapping to other learning platforms [is possible]. (Harrer, 2009).

Since Mocolade is still under development, its features may yet change and it may feature more extensions, e.g. export to other formats or interact with various activity-based learning platforms in other ways.

(roughly, this needs to be completed some day)

Each of these elements then can be connected using arrows ("edges") that define one these relations: 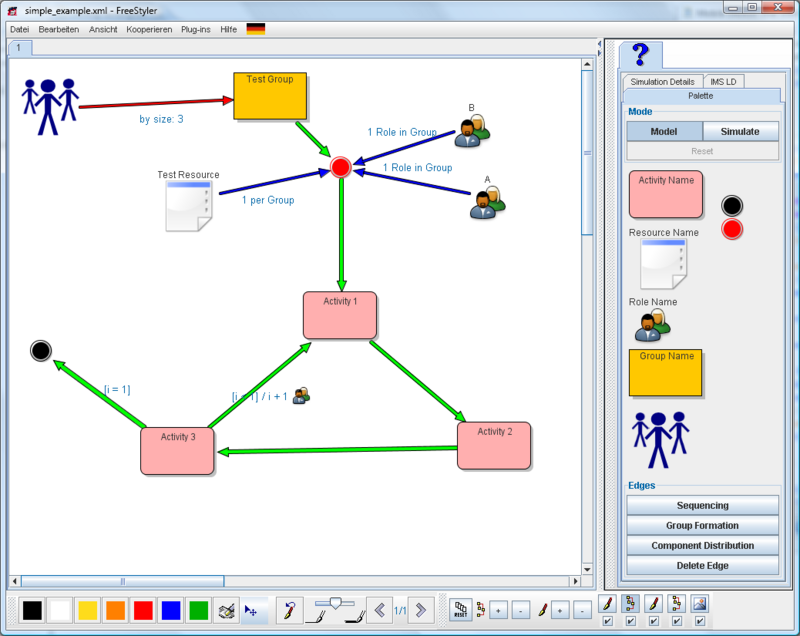 Mocolade has been integrated with CeLS, i.e. the activity is designed in Mocolade and then can be played in CeLS. Here is a screen dump from Harrer et al. 2009 and that shows the main panel of the tool. 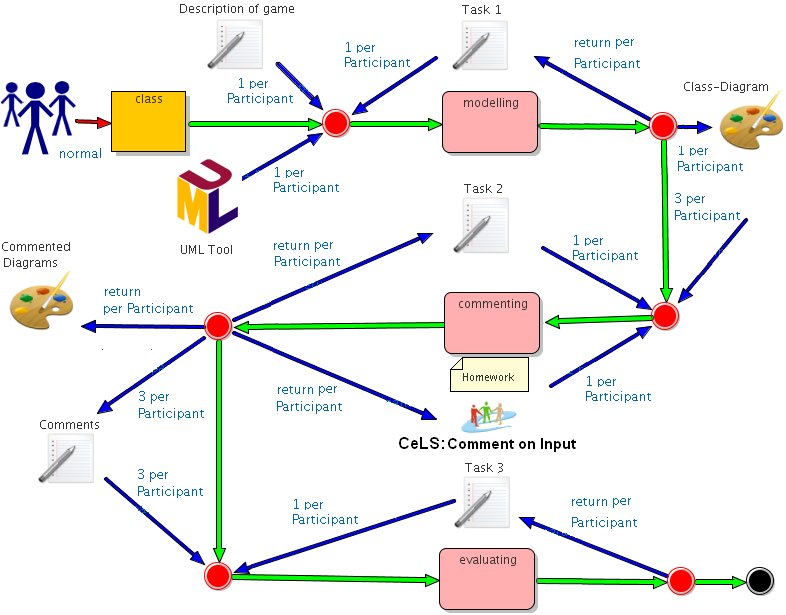 Current the product is still under development and it is not yet publicly available. Daniel K. Schneider 15:52, 1 July 2009 (UTC).

With all the (interesting) efforts that go into design and modeling tools, it would be nice if the learning design community could come up with a specification for tools binding in IMS Learning Design or may redesign the whole language. Curently, IMS LD execution environments are not very usable (though we didn't test the .LRN version) and it is no surprise that other "ad hoc" engines like LAMS or CeLS are rather thriving compared to IMS LD. It's a difficult problem and several teams are working on this problem, also within the Collide group. (e.g. et al. 2008). Daniel K. Schneider 13:02, 8 July 2009 (UTC).