DSchneider agrees with this Wikipedia definition and suggests reading the community of practice article that deals with more Rheingold-like considerations.

Virtual habitats and MMORPG are other forms of virtual environments more common in the world of gaming and social role playing, but they also constitute a kind of virtual community even if sometimes avatars don't have real world identity.

In a nice drawing made in 2007, Randall Munroe, distinguished between practicals vs. intellectuals and focus on real life vs. focus on web. This map also shows estimated size of membership. It comes as not such a big surprise that "my" spaces were very big. 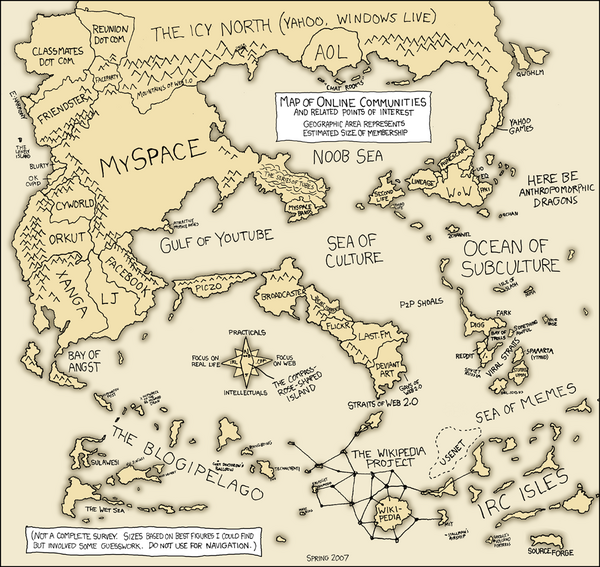 This map looks very different in the 2010 update. A full view is available here. 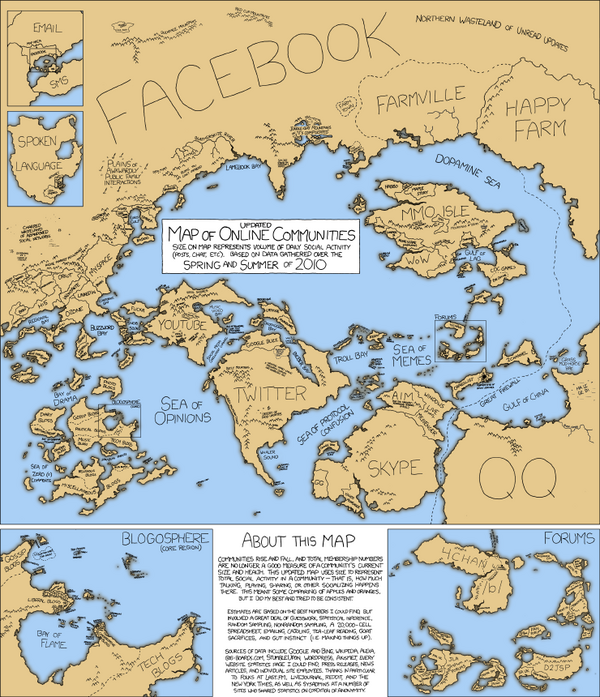 An other update was made by Ethan Block, also in 2010.

In principle, any Internet technology that enables computer-mediated communication can support virtual communities.

Over the years different networking technologies emerged and most of it still exists.