Using a thesis project board

Thesis project boards are physical visualization tools that help folks with both planning and monitoring a Master or PHD thesis. They also are social tools: Being on display in an office or a living room, a project board will show others "where your are".

Project boards can be created with any sort of materials, e.g. a whiteboard or wall plus PostIts. In this article we will focus on boards made with Legos and that is described in the Lego-compatible thesis project board article

This experience has been conducted in 2012/2013 and may be renewed in the future. Currently, the purpose of this wiki page was twofold:

In November 2012, we started involving PhD students in the project.

User 1 went through several stages. Below we just summarize some elements:

We define stage as a major shift. Within each stage, there have been variations that are just documented with pictures. 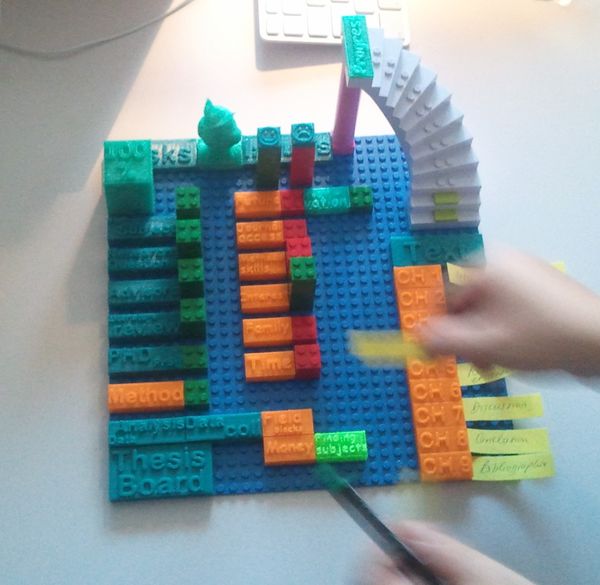 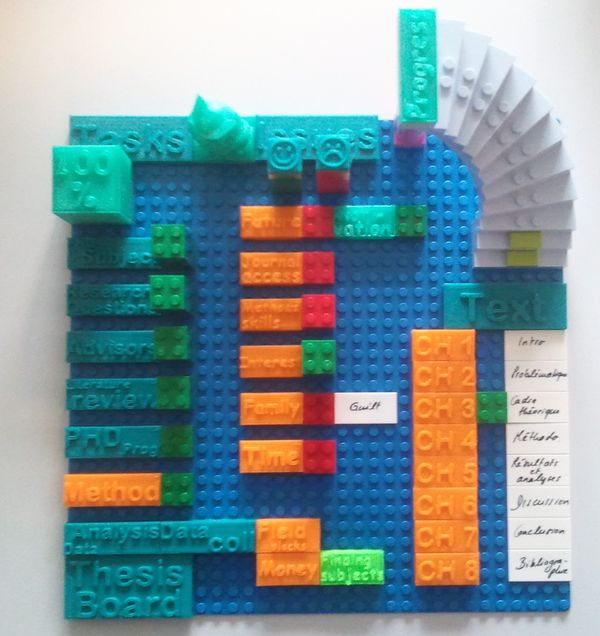 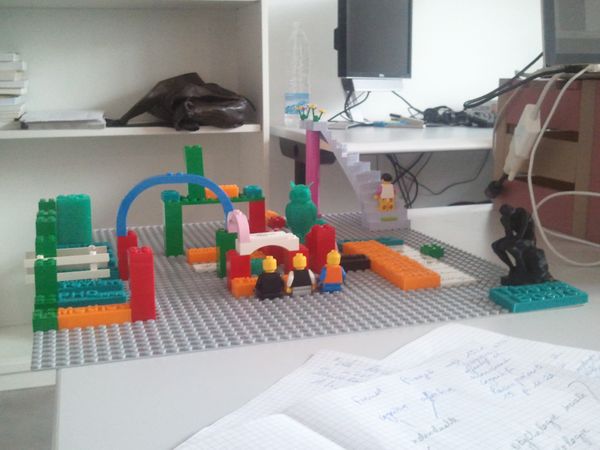 In the cloud. User feels that the project doesn't advance enough. 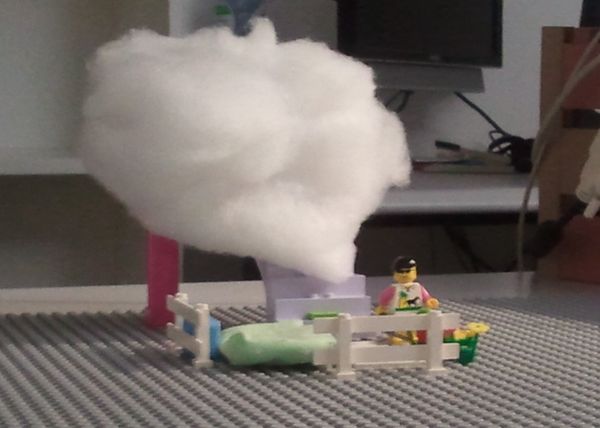 In addition, there is some focus on essential issues: 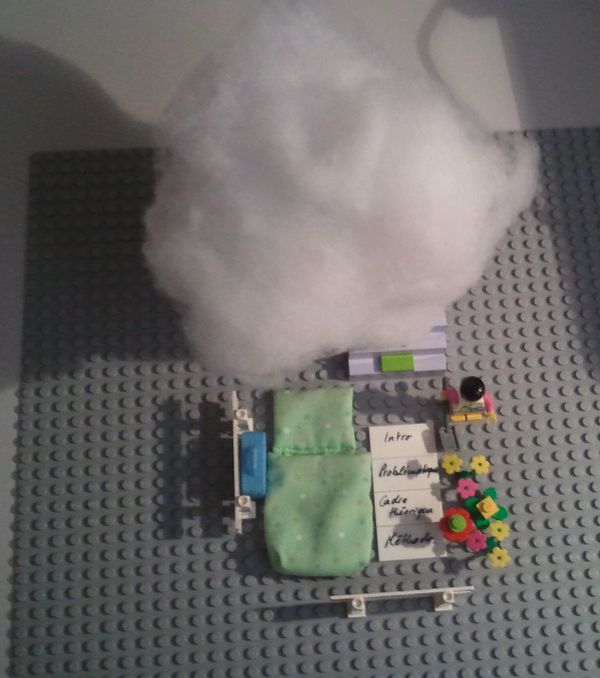 In the cloud, focus on essentials 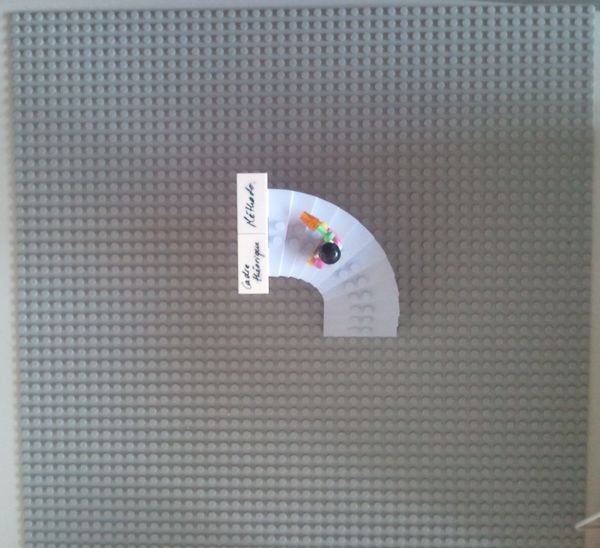 Subject: PhD student in an earlier stage of thesis (project accepted by thesis commission). Some literature review and development done.

User 2 shares office with user 1 and immediately wanted to work with a large board. 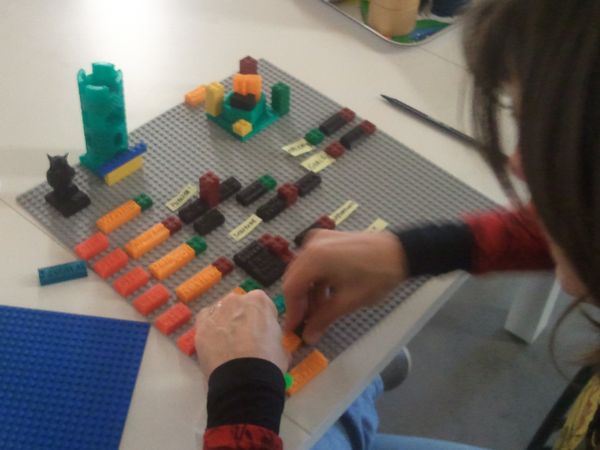 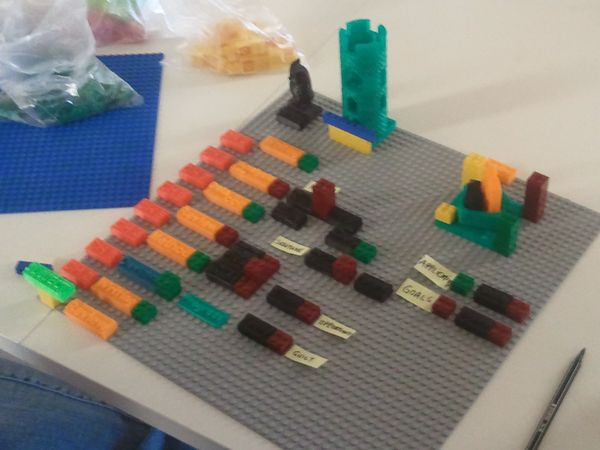 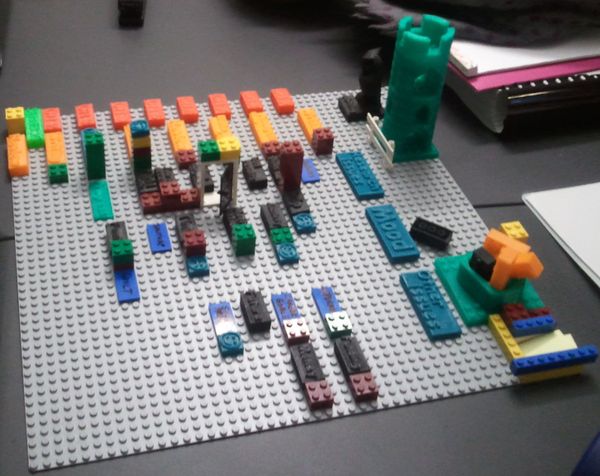 On february 2013, the same type of layout was used. Changes: 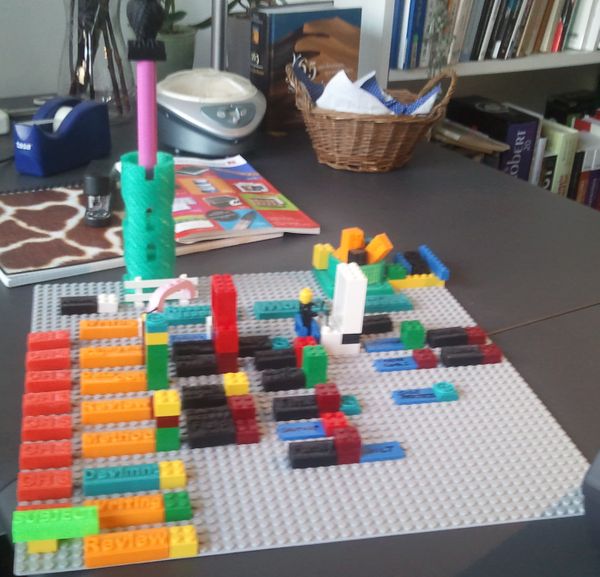 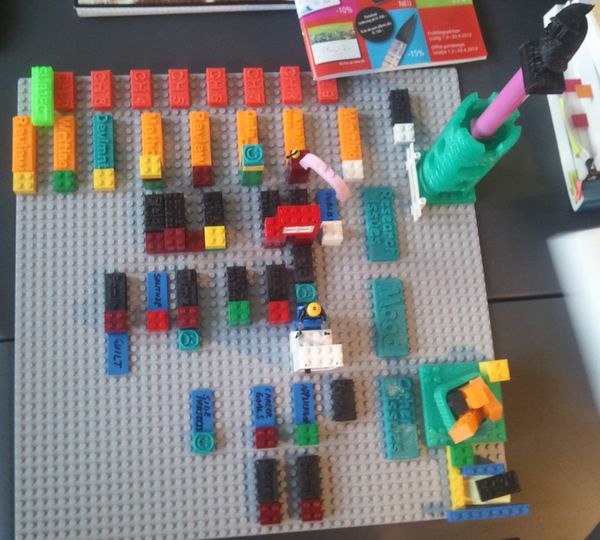 User three (on a short visit, from a different institution) was shown the boards from use 1 and 2, liked the idea. Since we didn't print any special purpose bricks, he only given standard Lego pieces:

His PHD project includes the design of a collaborative "knowledge tool", i.e. some kind of applied computer science, the kind that can be done in an interdisciplinary research lab.... 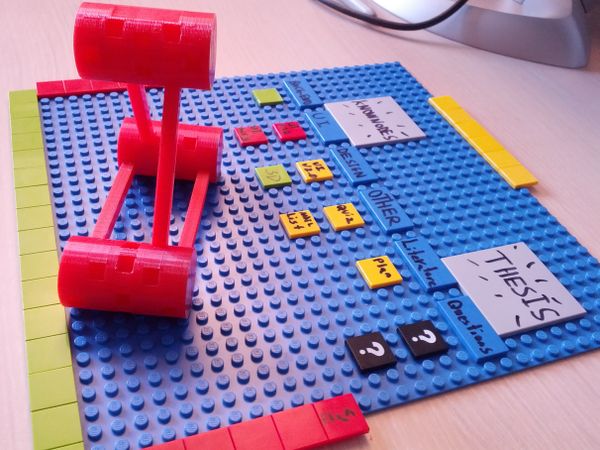 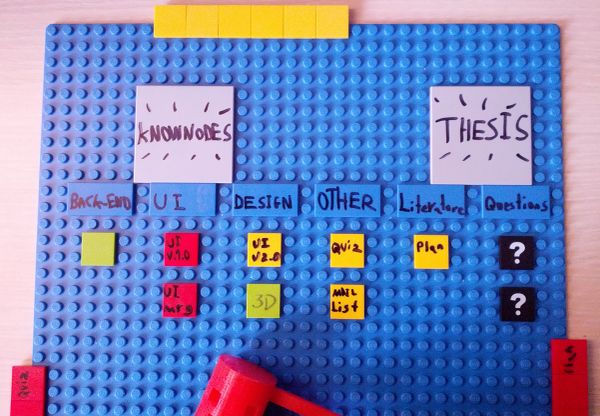 Layout after a week (top view)