In 2011, Autodesk first launched the modeling tool, i.e. a end-user friendly Computer-aided design and manufacturing (CAD) software. It was called Autodesk® 123D™ or 123D. As of March 2013, the renamed "123D Design" program still seems to be free. Download is about 450MB and the software probably requires a good 3D accelerator. (It runs smoothly on my Precision CAD laptop).

If you read french, you can consult a tutorial we started in the french wiki: Autodesk 123D Beta 9

Is available either through a web browser or IOS (?)

Warning: Screenshots and information below refers to an old Beta version !

When you launch the program, you will see a (position frozen) Getting started screen. Depending on the version installed it may be different. 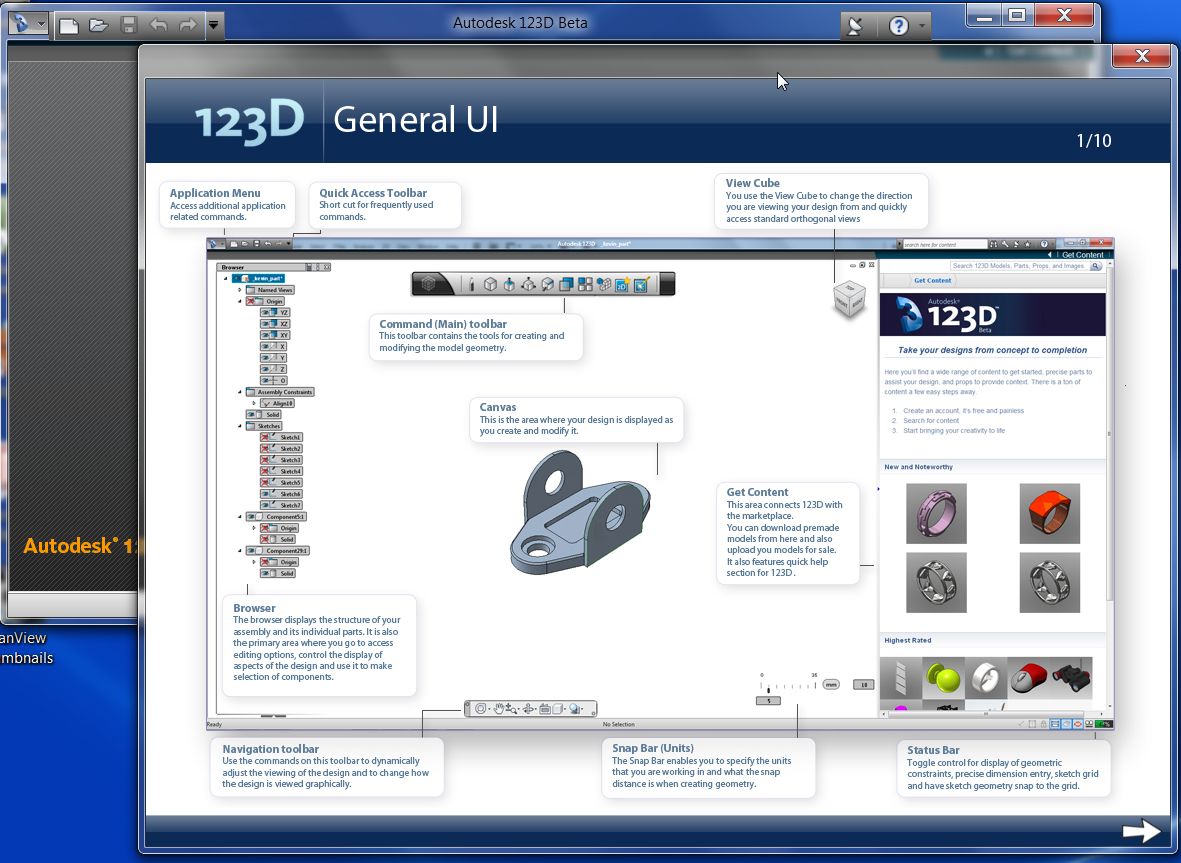 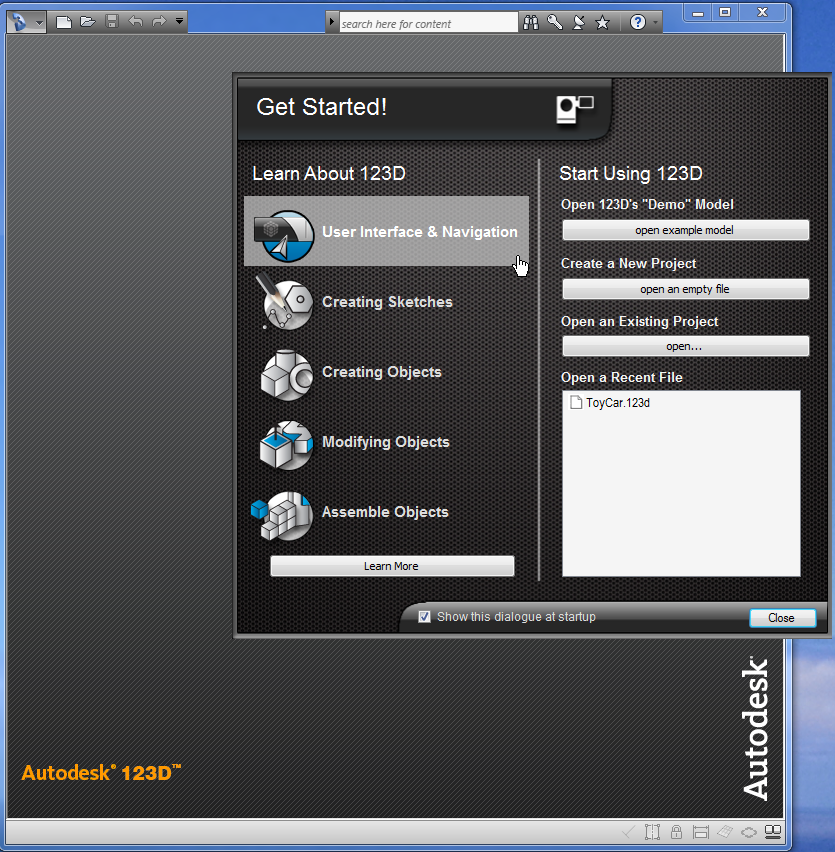 (After closing the 10-page tutorial)

Each of the five "Learn About 123D" items open a Flash video. These movies are pretty much ok, but no voice and therefore require the user to focus a bit and maybe to replay once or twice.

The Interface is kept simple and modern, i.e. various buttons have pop-up radial menus and other controls.

There are three main elements