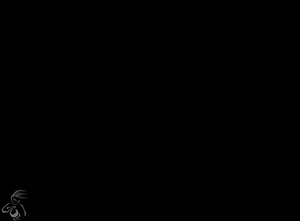 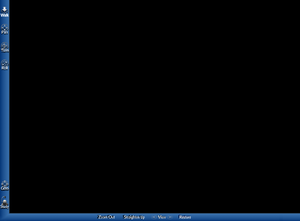 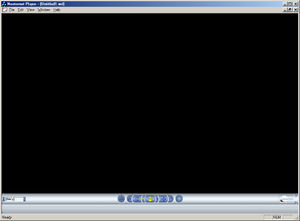 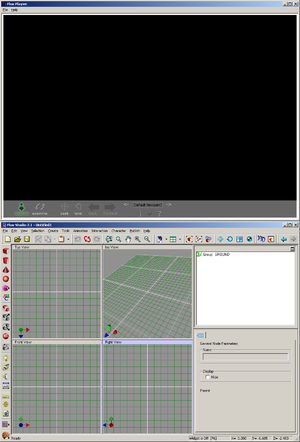 Flux is a 3D software suite released by Media Machines which contains both Flux Player and Flux Studio.

Flux Player is a X3DV viewer that is designed to work both as plugin in a HTML/XML viewer named Internet Explorer, and as standalone program, both inside activation-free Microsoft Windows Me. Flux Studio is a X3DV editor that is designed to work inside activation-free Microsoft Windows Me. Regardless of their design principles, both 3D programs supports Windows Me and higher.

Flux software is created and developed by Tony Parisi, who coworked with Mark Pesce on the development of the experimental Open Inventor based VRML prototype called Labyrinth. Tony Parisi went on to develop and retail Intervista/PLATINUM WorldView, a professional-class VRML viewer, which introduced L-shaped navigation bar. Due to common authorship of both standard and software, Tony Parisi's X3DV line of software can be treated as default X3DV software for Web3D in Windows Me, as analogously Internet Explorer is default HTML/XML software for Web2D in Windows Me. Flux Studio can successfully import, manipulate and export *.WRL, *.X3DV and *.X3D files.

Flux itself is derived from Pivoron released on December 31, 2001; which features both Cosmo Software compatibility and fullscreen mode.[2]