“Adequate use of the language provided by IMS LD is not trivial as an elaborate amount of technical and programming knowledge is needed (Heyer, Oberhuemer, Zander & Prenner 2007). The tools currently available to create IMS LD conformant units of learning require that learning designers know the syntax and semantics of the IMS LD specification, or they only allow modeling within a set of pre-defined templates. [..] The goal of [GLM] is to provide comprehensive and intuitive modeling software, which reduces the complexity of the IMS LD specification to a degree, where teaching practitioners are enabled to build IMS LD conformant units of learning. A subsidiary goal thus was to create translation mechanisms that interpret a graphical representation of a learning design and convert it to the required eXtensible Markup Language (XML)-format. These goals were achieved by viewing the activities of learners and instructors as the modeling core around which to build other aspects covered by the IMS LD specification. The activities are graphically displayed and may be freely defined and arranged by the learning designer.” (Neumann & Oberhuemer (2008)

This project (like all typical EU-sponsored e-learning projects) seems to be quite dead. However, the GLM software is available is still available from source forge and updates were made in sept. 2010. - Daniel K. Schneider 18:44, 24 March 2011 (CET).

There is a more recent project on soureforge called OpenGLM and that involves the persons involved in the initial project. OpenGLM was developed in the ICOPER project. The software builds on the Prolix GLM code base and enables the user to import and export different types of educational resources to/from a large federated repository called Open ICOPER Content Space. 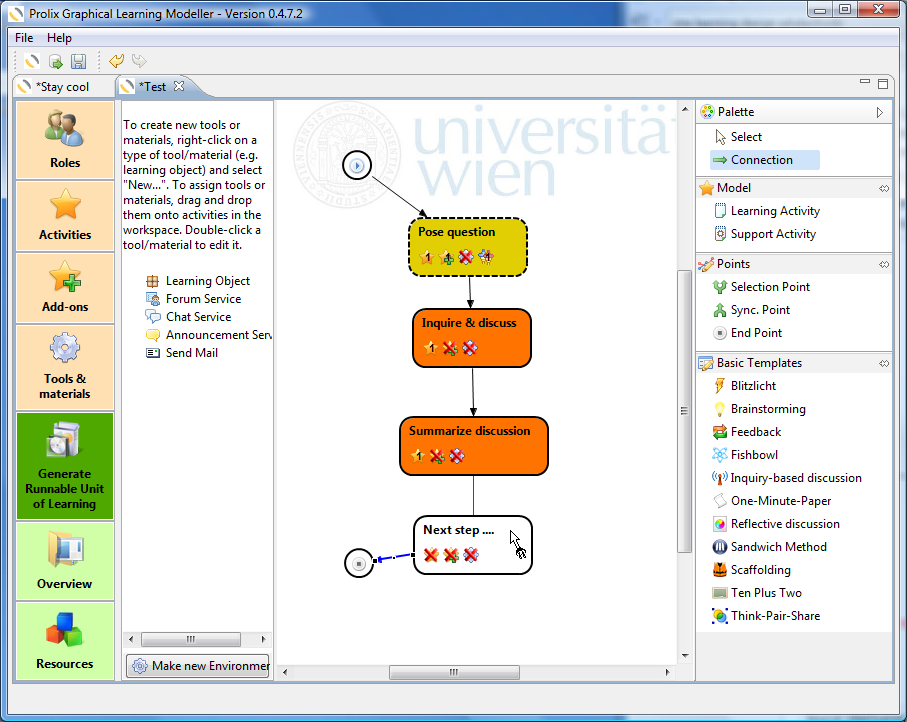