(needs to be written)

In the meantime, check other articles in the category Learning_theories

According to Fischer, 2008:132), “Cognitive development moves through ten levels between 4 months of age and early adulthood. The levels from childhood to adulthood, which are most relevant for education, are summarized in [the table below].”

Fischers skill levels can be mapped to other work. 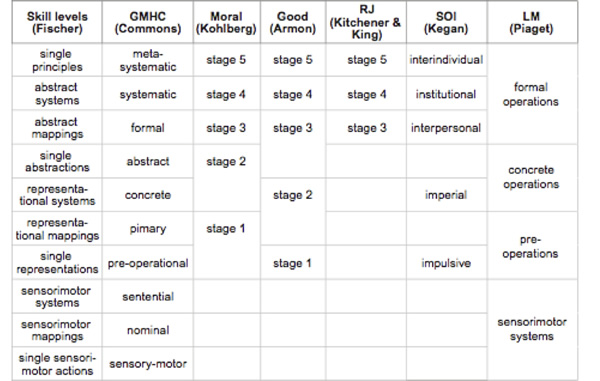 The relation between Fischer’s skill levels and the levels of other longitudinally validated systems. (Dawson & Heikkinen, 2009)